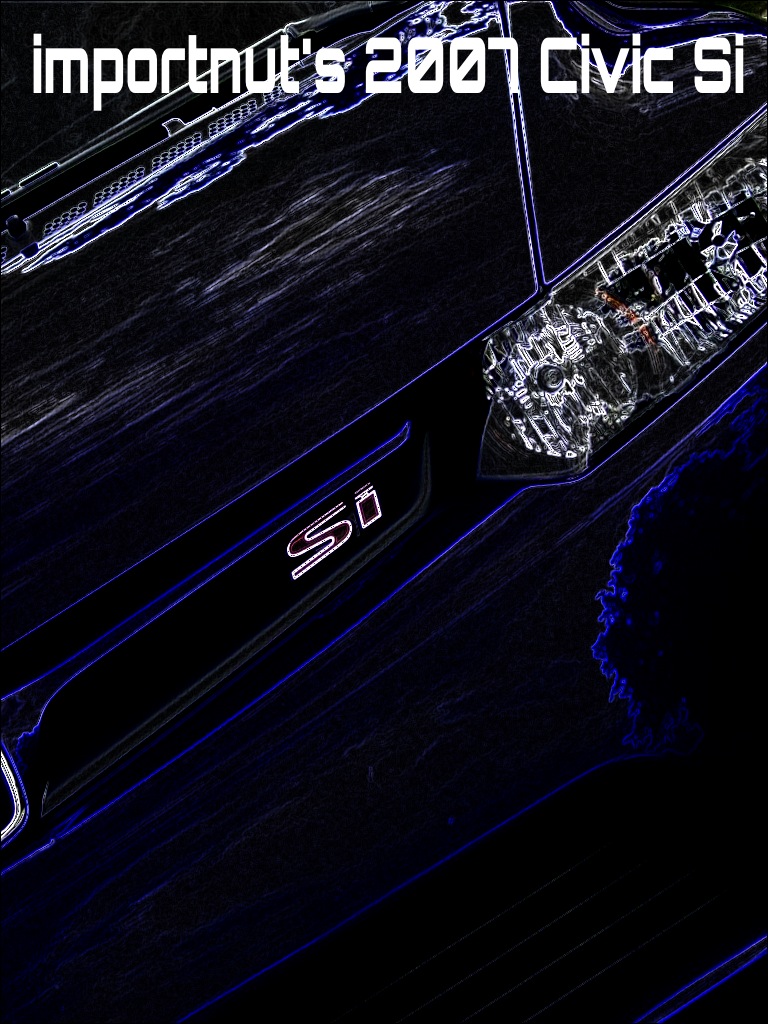 After having a catastrophic engine failure in the hatchback…my wife and I decided that I needed a reliable everyday car. All my efforts to make my hatchback the dual duty track/work car were not well met. Not to worry, I have no intention of releasing my hatch from the stable…

Not sure what I would like, I set out to find a car to suit my needs. I drove an RX8, Mazda 6 v6 5spd, Mini Cooper S, Subaru Sti, Subaru Legacy, VW GTi, Audi A3 and probably some other cars that I have already forgotten.

When I drove the Si, I wasn’t necessarily blown away by the car. I would say that it fit right around the middle of the pack for driving experience. However, bang for the buck, the civic has hardware that most cars could only dream of that go for substantially more money. Also, insurance rates play against more intense cars like the STi, 350z, or even the WRX.

The equipment list includes a factory LSD, vehicle stability control and traction control, very fast 13.6:1 ratio electrically assisted steering rack, 11.8″ front brakes and an upgraded suspension. It even has cruise control!  (take that evo!) The list of standard options on this civic reads like my typical wish list! Add to that Honda’s famous reliability, my decision was set.

The modifications that I’ve done over the years have been to improve driveability, safety and reliability.

I don’t have anything really serious planned. Being my daily driver, I need to keep it as reliable as I can. Most of the modifications that would make a difference would either compromise reliability or drivability.